Though Swami Lakshmanjoo was a master of Sanskrit Language and completely versed in all systems of Shaiva Philosophy, his teachings were always expressed in simple language, accessible to the sincere aspirant. “Trika philosophy is situated in the heart of that supreme energy of God consciousness.

It teaches you to realize that this whole objective world, which is already in front of you, is not separate from God-consciousness. You do not have to realize God situated in some seventh heaven.”

“God and the individual are one, to realize this is the essence of Shaivism”.

The knowledge presented herein constitutes the treasured secrets revealed by Swami Lakshmanjoo over a period of two decades, (1971 to 1991). These revelations form the foundation stone for ‘uniting individual consciousness with Universal God consciousness’.

The Trika philosophy of Kashmir Shaivism is beautifully expressed in the first verse of Shivadristi, composed by the great Shaiva Master Somananda, founder of the Pratyabhijnana System of Shaiva Philosophy.

“Let Shiva, who is my nature, bow down to his real nature – to Universal Shiva – by his own Shakti, for the removal of obstacles, which are no other than Shiva.”

Here, Shiva bows to himself, for the removal of obstacles, which are also Shiva, through his own energy (shakti) which is one with Shiva, and in the end, He resides in the state of universal Shiva. That is the state of Para (Supreme) Bhairava!

In Trika Shaivism, although the word ‘Trika’ indicates three, everything is found in a state of oneness. From the Trika point of view, there isn’t the slightest difference between the individual soul and Lord Shiva, it is just a play, a drama of His own nature.

The philosophy of Trika Shaivism is unique and original. For the sincere seeker of Truth, it holds the wonderful vision of the whole world as real and not illusion. Trika philosophy teaches that this world is nothing but the blissful energy of the all-pervading consciousness of Lord Shiva.

May the grace of Lord Shiva shine upon you. 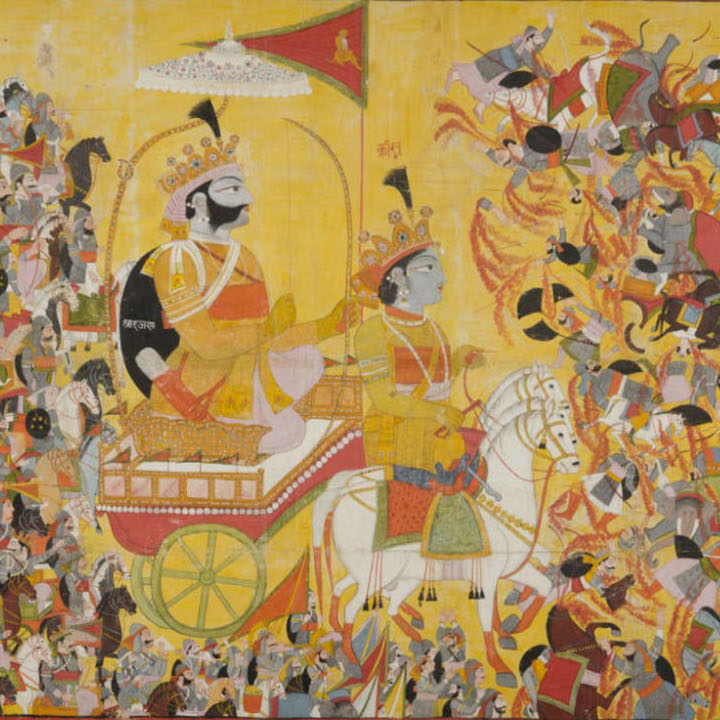